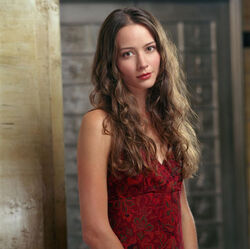 Amy was an acting major at Southern Methodist University and acted in many college theater productions. She appeared in various roles during the fantasy segments for the popular award-winning children's TV series Wishbone, which was filmed in Texas and consisted of Dallas theater actors. Upon graduating from SMU, she worked in Wisconsin and New York before winning the role of "Fred" on Angel.

Retrieved from "https://abchappytown.fandom.com/wiki/Amy_Acker?oldid=4234"
Community content is available under CC-BY-SA unless otherwise noted.