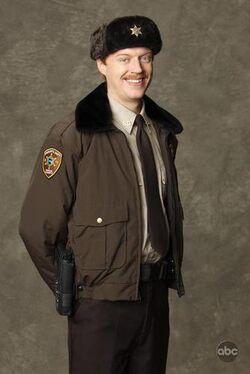 Root Beer is the fresh faced Deputy Sheriff and one of Tommy's best friends. He is well intentioned but lacks the experience and swagger to be a real presence on the police force. Though his eagerness and trustworthiness make him an asset once Tommy begins uncovering the dark secrets of the town.