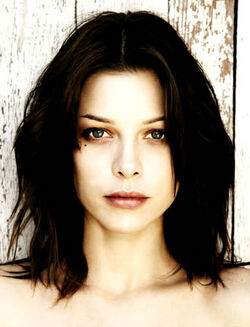 Lauren trainedfor both acting and dancing at the Orange County High School of the Arts. She made her film debut in 2000 with Down to You. and also starred opposite Shane West and Mandy Moore in the 2001 sleeper hit A Walk to Remember. She is also known for performing her own stunts in Hostel 2.

Retrieved from "https://abchappytown.fandom.com/wiki/Lauren_German?oldid=4233"
Community content is available under CC-BY-SA unless otherwise noted.