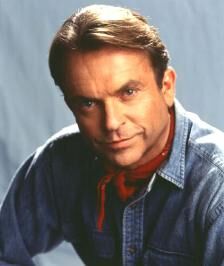 Born in Northern Ireland to parents in the Army, Sam and his family returned to the southern isle of New Zealand in 1954. He attended boarding schools and later universities in Canterbury and Victoria. After graduating he joined The New Zealand players as well as other groups and directed, edited and wrote for films.

Retrieved from "https://abchappytown.fandom.com/wiki/Sam_Neill?oldid=4305"
Community content is available under CC-BY-SA unless otherwise noted.