Edit
watch 01:54
Obi-Wan Finale - The Loop
Do you like this video?
Play Sound
Stevem Wener 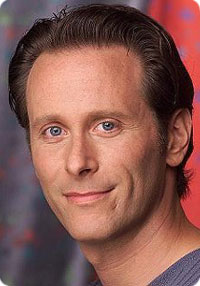 Weber studied at the High School of the Performing Arts in New York and graduated from New York State University. The actor worked a series of menial jobs during his days as a struggling thespian. Jobs such as singing waiter, custodian and elevator operator. This was until earning his break on TV in a presentation of one of Mark Twain's stories. Quickly making his film denut in the popular comedy The Flamingo Kid he got a running role on the soap opera As the World Turns just a year later. On that set he met first wife Finn Carter a co-star. Steven stayed put for a year then went on to gain recognition in more offbeat and/or prestigious productions on film and primetime TV.